One of our expedition participants, Dr Stephan Thaele, produced this amazing video along the way by working a little on it each day on his phone as the expedition unfolded.  What a great source of memories!

Oliver Page, one of our enthusiastic course participants made this short video of his experience on our WildMedix Canyoneering Medicine course in February this year.  Check it out and give him some love!

Having spent many years enjoying the wilderness across 6 continents (hold on Oceania, I’m coming), including wintering over in Antarctica and years of service in mountain rescue, and then gaining the perspective afforded to me by having my own serious wilderness accident, I am very mindful of how we balance the risks and rewards of wilderness adventures.  Greg Hill captures the essence of some very simple but powerful advice for staying safe in this brief video.  Watch and reflect!

Transcribed here in my words:

Greg Hill’s 5 Rules for Staying Safe in the Wilderness

Actually, that sounds like a good set of 5 rules for prehospital emergency medicine, anaesthesia, or any other high-stakes game!

More info at www.wildmedix.com or ping me in the comments!

Seems a bit out of place to be celebrating World Penguin Day as I fly north to the NWAC congress in Vancouver, but any excuse to think of penguins! One of my bucket-list items is seeing every species on Earth in the wild. I’ve done all of these and am about 70% through the list. Check out the infographic or watch this quick video if you are curious about these charismatic birds: As must be apparent by now, the Hofmeyr clan is quite fond of the occasional long stroll…if by stroll you mean expedition far and wide in as much wilderness as we can find, preferably carrying our necessities on our backs.  Franelise and I both grew up hiking and camping, albeit in very different environments, and have been able to enjoy some great wildernesses together, culminating in our off-season circuits in the Falklands and Patagonia.  My brother Stephen was well on his way through the 2650-mile Pacific Crest Trail in the USA when he had to return to SA unexpectedly, and plans to return with his new wife Kristen to complete it.  Now my dad David and step-mom Jane are about to depart to walk the Camino Frances (Camino de Santiago, or Way of St James) across Spain to Santiago de Compostella over the course of the next 6 weeks.  They have started a blog, “Midlife Meanders,” to allow us all to track their progress and read about the experience.  Check it out!

A quiet moment on call has me trying to make inroads into the photographs from our Patagonian explorations last October.   Here’s an image that was immediately emotive:  A group of hikers on a guided exploration of a small part of the Perito Moreno Glacier as dwarfed by the immense magnitude of the ice.  I love the mystery and majesty of glaciers; the idea of such harsh hardness being in constant flux, constantly flowing between accumulation and ablation while appearing immobile.  You can explore a glacier for an entire day, convinced of its permanence, and then return the next to find the landscape changed, fresh and beaconing with new discoveries.  The mute whiteness from afar disguises endless shades of blue, and the stark purity of the ice unfolds to reveal the pebbles and dirt it has collected along it’s course, like a child of the wilderness who can’t return from an adventure unsoiled.

Yip, the blog has been somewhat silent the last few months.  Life, in contrast and by way of explanation, has been very full.  I hope to post some more content soon, but rest assured that I am working on it in the meantime.  Here’s a random snippet:  Fran in Torres del Paine, Patagonia, looking epic (and relieved) in her First Ascent gear, descending from the (closed for winter) Garner Pass.

It is with a very heavy heart that I have to inform you that we will not be departing for Snow Hill Island in the next few days. We’ve been forced to make the difficult (and costly!) decision to postpone the trip by a season or two for safety considerations. This is not an easy call to make, especially with the heavy emotional, financial and time investment we all have made in the expedition, but we believe it is the right course to follow.

As you are no doubt aware, the ice conditions in the Antarctic are at a record high this year, which has made the approach to the Antarctic Peninsula uncertain within our time-frame. This led to the two team members doing penguin research to withdraw or risk losing their research window this year. After a lengthy discussion and much examination of the ice data, the remaining 6 team members decided to continue with the expedition.

It came as a heavy blow when (only 10 days before departure) one of the core team members was also forced to withdraw at the eleventh hour due to a life-threatening illness in his immediate family. Faced with unusually bad ice conditions and a team now dangerously reduced in numbers, we have elected to postpone the expedition. Effectively, this means we will have to try again next October or the year thereafter.

We see this not as a failure, but as a challenge and change in schedule. We are now in a stronger position, having laid the groundwork for all the logistics, gathered vast amounts of data, done endless preparation and provisioning, and ironed out many potential problems with equipment. The knowledge, contacts and systems we have developed will facilitate our next effort.

For our planned physiological research, we see this as an opportunity to expand the conceptual basis. We have already (in the last week) embarked on two projects which were deferred to get the expedition underway, but will actually enhance our fieldwork. Taking a long view, this may be a blessing in disguise. We have already opened some doors (through the Snow Hill preparation) that may accelerate the research far beyond what we envisioned on this expedition…exciting times ahead.

On a personal note, Franelise and I will still be traveling to the Falklands in a few days, where we will sort out, store, and recover some of the expedition gear. We’ll be meeting with role players there and putting the pieces into position for the Snow Hill Island Expedition to come. Thereafter we’re going to disappear into the mountains and fjords of Patagonia for a well-needed break 😉

We are deeply indebted to the individuals and companies that have been so supportive of the expedition, and will be doing our utmost to meet your expectations now and in the future. We take to heart the words of Roald Amundsen: “Obstacles are merely things we overcome”. 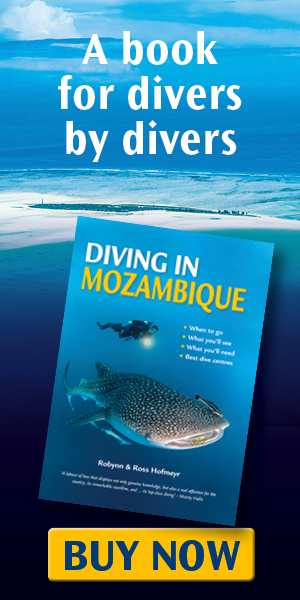